Day of the Machines

Day of the Machines

Day of the Machines is the 68th episode of He-Man and the Masters of the Universe, written by David Wise and directed by Lou Kachivas. When Man-At-Arms becomes discouraged with his computer experiments, Skeletor takes advantage by sending a monster to take control of Eternia's machines.

At the Royal Palace, Man-At-Arms tests out a prototype rocket designed to be operated via remote control. At first the test seems to be a success, but the rocket goes out of control and crashes into the royal chamber. Duncan is horrified to think of what might have happened if the king and queen had been inside the chamber. Dejected, he resolves to resign his post as the royal man-at-arms, but Prince Adam and Teela convince him to give it another try.

Watching from Snake Mountain, Skeletor laughs at Man-At-Arms's misfortune and decides to "help" him with his computer. Entering his menagerie, Skeletor selects a mallabeast to recreate as pure energy, and then has Trap-Jaw shrink it with his miniaturization ray. Skeletor names his creation "Byte" and plans to transmit it into Man-At-Arms's computer, where it will take control of the palace's machinery.

Back at the palace, Man-At-Arms completes his tests on the computer and prepares to make a trial run of his remote control system. Once he has left the computer room, Skeletor sends Byte to destroy and replace the main circuit. Soon the palace's machines seem to take a life of their own to prevent anyone from shutting down the computer. As a scout ship terrorizes Man-At-Arms and Teela, Adam and Cringer transform to He-Man and Battle Cat. Although He-Man can stop the scout ship, he cannot make his way past the defenses in the computer control room.

Blaming himself for the crisis, Man-At-Arms runs off to check if the computer has taken control of the central power supply. Teela convinces He-Man that Skeletor is probably responsible, and to let her borrow Battle Cat to find proof at Snake Mountain. While He-Man tries to bring the Attack-Trak and other machines under control, Man-At-Arms has Orko assist him with a shrinking ray to help him enter the computer's circuitry and shut it down. Once inside, he flees from Byte, only to be caught in the memory grid.

Teela and Battle Cat return from Snake Mountain with information on what Skeletor has done. Unable to find Man-At-Arms or his shrinking ray, He-Man goes to Castle Grayskull and has the Sorceress shrink him and take him back to the computer as Zoar. As he infiltrates the circuitry, He-Man is surprised to find Man-At-Arms trapped in the memory grid and breaks him free. Together they track down Byte and subdue it. He-Man has the idea to transmit Byte back to Snake Mountain, where he can wreak havoc on Skeletor's computers for a change.

Man-At-Arms learns his lesson about letting himself get discouraged, and Teela and He-Man assure him that he did his best.

Teela: "In today's story my father accepted the responsibility for something which wasn't his fault. And he didn't stand around trying to blame someone else. Instead he did something about making things right. And he succeeded... with a little help from He-Man. Now we all make mistakes and when we do we shouldn't be afraid to admit them. And when they aren't our fault, well, don't waste precious time putting the blame elsewhere. Just do what you can to make things right. See you all soon."

(Beast Man appears in this episode, but does not receive dialogue.)

As featured in BCI's He-Man and the Masters of the Universe: Season Two, Vol. 1 DVD boxset (Disc 1) 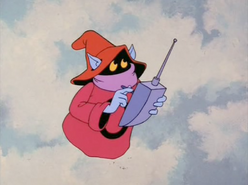 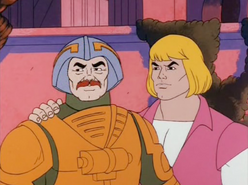 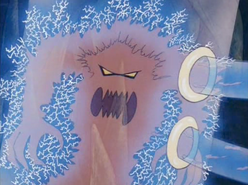 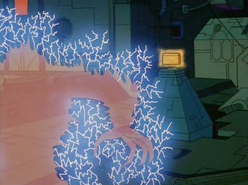 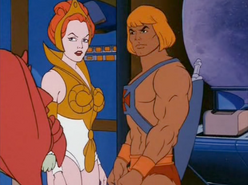 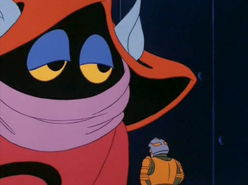 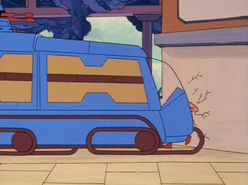 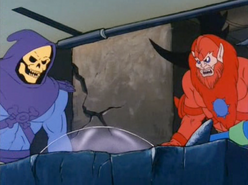 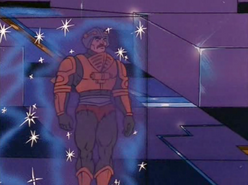 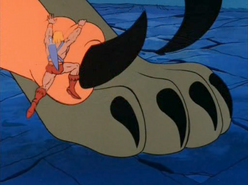 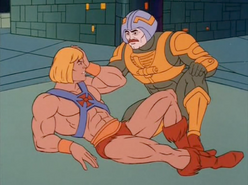 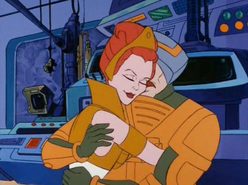