Dree Elle's Return is the 53rd episode of He-Man and the Masters of the Universe, written by Robby London and directed by Lou Kachivas. When the Horn of Evil is stolen from Trolla, Dree Elle returns to Eternia to warn Orko of the danger...although her little brother Yukkers may prove to be the greater threat.

This episode marks the first appearance of Clawful in the series.

Orko: "In today's story you saw what happened when Yukkers sneezed and accidentally blew into the Horn of Evil. He was just playing around and didn't mean to do anything wrong, but the results were just as bad. Of course, there aren't any Horns of Evil in your house. But there are many things that can be just as dangerous. Many people have been hurt because they were careless and played with things like knives and matches and glasses and tools. So as He-Man always tells me, 'Playing is fine, but play it safe'". 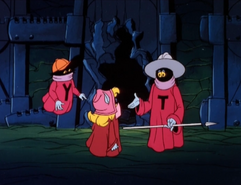 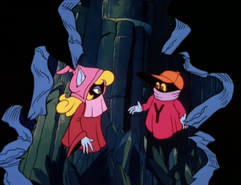 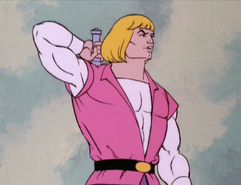 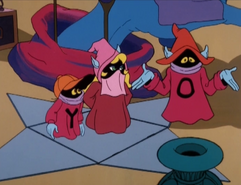 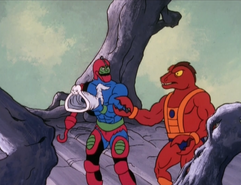 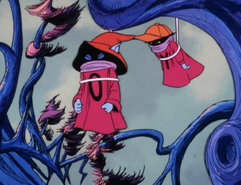 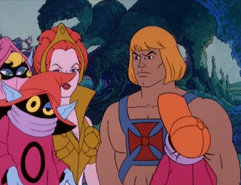 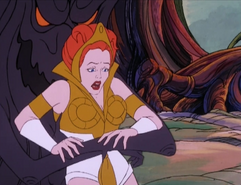 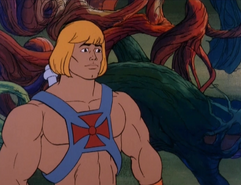 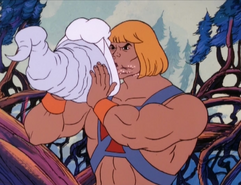 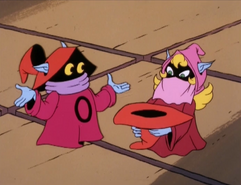 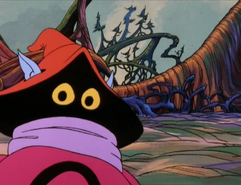 Retrieved from "https://he-man.fandom.com/wiki/Dree_Elle%27s_Return?oldid=31701"
Community content is available under CC-BY-SA unless otherwise noted.