"Ordeal in the Darklands"

Evilseed is the 25th episode of He-Man and the Masters of the Universe, written by Barney Cohen and directed by Bob Arkwright.

Man-At-Arms has hay fever and he is sneezing but he is soon interrupted when he receives a message on the intercom that a dam has burst along the Fertile Plain and not only are the crops now in peril but the farmers are in grave danger as well. Man-At-Arms then rushes to prepare to aid the citizens, only to discover that his Hover-car won't start. Ram-Man's aid is garnered, and the man lifts the hood in an attempt to ascertain the situation - the cause is quite apparently as it turns out, with Ram-Man finding weeds have choked out the engine, rendering the vehicle, at least at this time, wholly inoperable. Man-At-Arms chooses to take an Small Trak instead. He-Man chooses to accompany him upon the mighty Battle Cat.

When he finally arrives, both he and He-Man quickly succeed in plugging the dam and saving the strangely-Dwarfish citizens; however, much to their concern, they soon are told by one of the local farmers that in fact a mysterious man had sold their village seeds, telling them to plant them near their dam, only to have the seeds destroy it by sunrise. Ever the wise individual, He-man immediately suspects Skeletor as the culprit of this act, but before he can even begin his investigation into the matter, the Sorceress appears before him and explains to Eternia's hero that he must return to the palace.

He-Man arrives at the palace only to discover that it has shockingly become rapidly overrun with highly-aggressive weeds. Teela as well as his parents are all in danger and so our first hero asks if they purchased some seeds (to an affirmative response) before any real attempt to rescue Teela. He then leaves the royal couple's rescue to Teela's capable hands, as the palace is collapsing and he seeks to prevent this from occurring. He pulls a reverse-Samson move and keeps the pillars of the palace from doing them all in, at which point the weeds subside. He decides to take Orko with him in a Hover-car, yet is again inundated with the violent flora, which He-Man reveals is capable of sapping his strength, indicating that they are capable of temporarily leeching an entire planet's energy in but a few seconds. He-Man calls out to the Sorceress for aid, and she uses the Space Bridge to teleport them to their planned destination - Castle Grayskull. The Sorceress reveals that she was not powerful enough to save Teela or the others from the vines, and allows our hero to utilize her Window of Spirits to contact his arch-nemesis Skeletor, and confronts him about the sudden nature of the floral life on the planet, only to have the same question thrown back in his face. Skeletor fades away, only to have Evilseed reveal himself. Evilseed states that he has succeeded in taking Man-At-Arms and Teela hostage, revealing his captives to be strung up by a tree under his control.

On the Evil Warriors front, Evil-Lyn is quickly defeated, causing Skeletor to react with a contact attempt to Mer-Man for assistance - assistance to save himself, that is, letting Evil-Lyn get taken without offering her any aid. However as one might expect, Mer-Man is also in trouble. Setting his own differences aside for as short as a time as he possibly can get away with (while making up an excuse for himself to feel more at ease with his own personal agenda), he begrudgingly asks He-Man for help, whom accepts the offer after the Sorceress reveals that her and He-Man's powers might not be enough to stop the strange sapient alien plant being. With this, Skeletor arrives at Castle Grayskull, and they go to obtain an ice ball from the Ice Mountains and smash it above Castle Grayskull where the three of their powers would be at their peak. Eventually, they cause it to snow, defeating Evilseed.

Teela: "Today was a day for surprises and the biggest one of all was Skeletor and He-Man working together. By joining their powers, He-Man and Skeletor were able to stop Evilseed. Working with others can sometimes be difficult. But if you listen to and respect the ideas of others, even when you don't agree with them, you'll find it easier to get the job done. And who knows, you may even learn something." 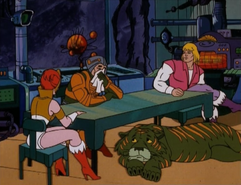 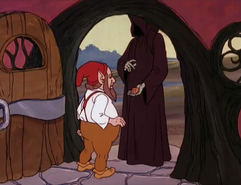 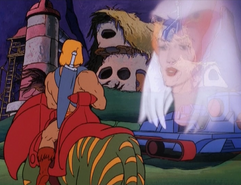 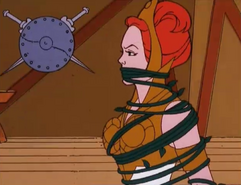 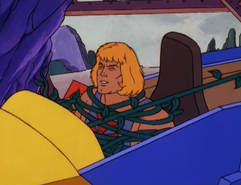 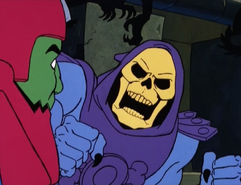 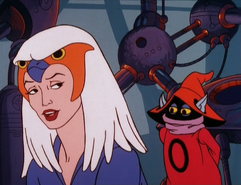 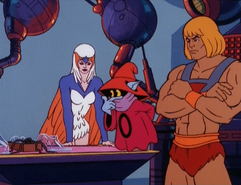 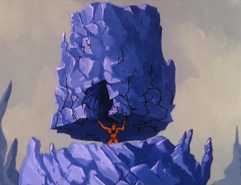 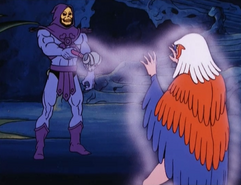 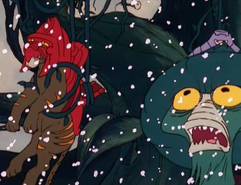 Retrieved from "https://he-man.fandom.com/wiki/Evilseed_(episode)?oldid=31607"
Community content is available under CC-BY-SA unless otherwise noted.