View source
watch 01:33
Wiki Targeted (Entertainment)
Do you like this video?
Play Sound

"Battle of the Dragons"

Happy Birthday Roboto is the 113th episode of He-Man and the Masters of the Universe, written by Larry DiTillio and directed by Lou Kachivas.

Prince Adam and Man-At-Arms discover a wrecked alien ship in the sand dunes. Adam changes into He-Man to defeat a crablike creature that loved near the wreck. The pilot of the ship is a robot called Roboto. He's in pretty bad shape and Man-At-Arms takes him to his lab.

Adam and Duncan have problems to activate Roboto, but Orko accidently bumps into the robot and activates him. Roboto says he's an explorer from Robotica and crashed his ship in the desert. Modulok has a creature that spies for him that is witness to Roboto's speech. Modulok finds Roboto's powers very interesting. At night, the evil inventor breaks into the lab and stuns Roboto.

Luckily Man-At-Arms and Adam are able to tune the sensors of the Wind Raider to Roboto so they can track him. Modulok has kidnapped Roboto to his lab and reprograms him to become his enforcer. Modulok commands Roboto to enter Station Zeta, a scientific base of Eternos. Modulok wants to steal information and inventions from the station, but He-Man and Duncan arrive in time. But Modulok commands Roboto to stun the heroes.

When He-Man awakes, he's imprisoned in a force field and Duncan is strapped to Modulok's Brain Transfer Machine. He wants to transfer Duncan's intelligence into a second head. He-Man begs Roboto to think about Man-At-Arms who saved and repaired him after the crash. Roboto finally breaks the programming of Modulok and destroys the brain machine. With his last power he also destroys the force field. He-Man throws Modulok into some kind of acid pool.

Man-At-Arms tries to repair Roboto and succeeds. Queen Marlena proposes this day to be Roboto's birthday. Orko makes a joke about Man-At-Arms being Roboto's father with a certain family resemblance.

Teela: "It's too bad, but sometimes people think that doing the right thing... is just too much trouble. When a friend is in trouble, there isn't time to wonder whether you should or shouldn't help. You just do it. And sometimes, the one you help will turn around and help you. Remember, every time you help someone, the good comes back to you, sometimes in ways you don't even know about. But it does. Another thing, there's nothing in the world quite like the feeling that comes from knowing you've done something good for someone else. Well, see you next time." 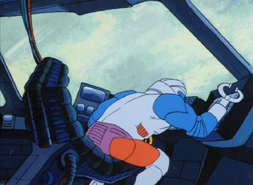 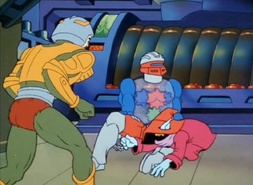 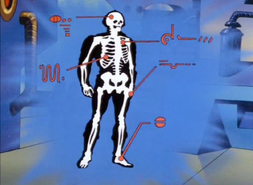 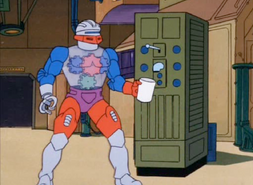 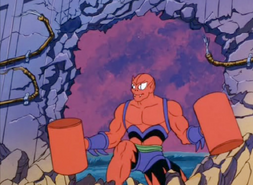 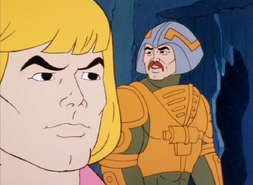 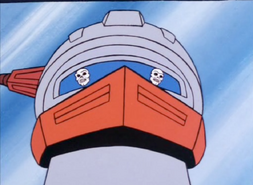 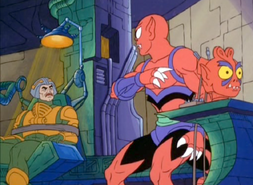 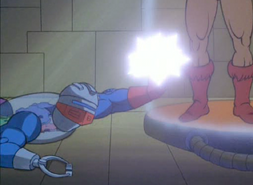 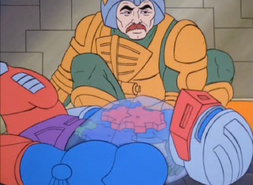 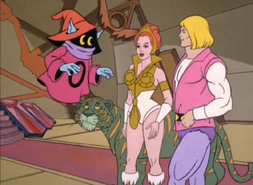