Wiki Grayskull
Register
Don't have an account?
Sign In
Advertisement
in: Animated series, Masters of the Universe (2002)

View source
watch 01:40
Boba Fett Returns - The Loop
Do you like this video?
Play Sound

He-Man and the Masters of the Universe

He-Man and the Masters of the Universe

It was created by Mike Young Productions to tie in with Mattel's relaunched set of toys. The new series borrows heavily from the original Filmation series, with characters, locations and some situations remaining largely unchanged. However, a new focus was put on story arcs and developing characters, with many receiving proper animated origins for the first time. Sadly, lack of interest in the toyline and lower-than-expected ratings for the show itself meant that the new series was cancelled midway through its second season. 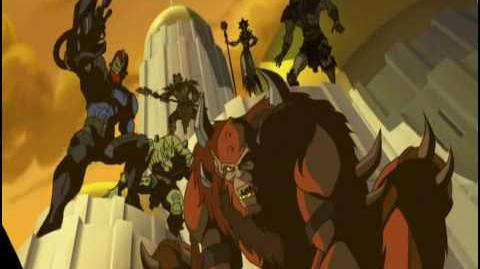