"Beauty and the Beast"

Here, There, Skeletors Everywhere is the 116th episode of He-Man and the Masters of the Universe.

(Ink & Paint DVD booklet description: Man-At-Arms secretly tests his new duplication device, and discovers that the machine makes hail-sized duplicates of anything. Skeletor and Whiplash who have been witnessing the events follow them back to the Royal Palace. The villains steal the new device and flee. Skeletor uses the device to create an army of smaller clones of himself he dubs "Skeletoids", which descend upon the Royal Palace and take over. Can He-Man, Battle Cat, Mekaneck, and Jova reach Snake Mountain and stop Skeletor before he conquers all of Eternia?)

Man-At-Arms: "Today, we discovered that getting what you want isn't always a good thing. When we like something, particularly something sweet, it's easty to want more and more. But nearly every time, if you have too much of something, no matter how much you want it, you'll find that it... disagrees with you. So next time you see some candy, remember: you can have too much of a good thing."
Orko: "Except me, of course. Right, Man-At-Arms?
Man-At-Arms: ""We'll... talk about it later. See you next time." 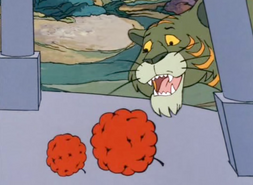 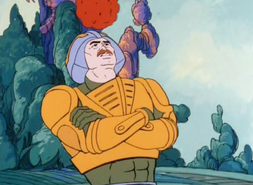 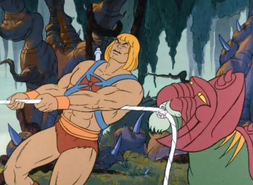 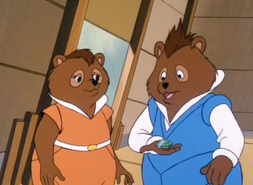 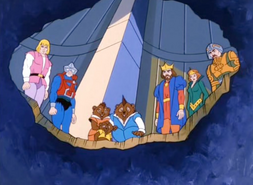 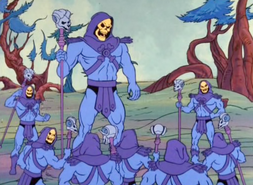 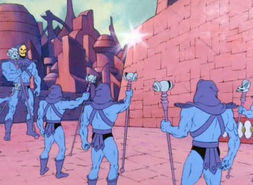 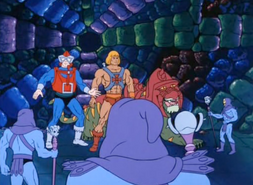 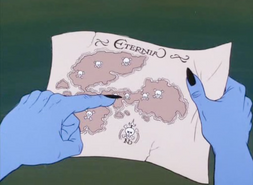 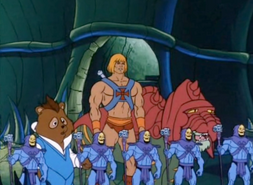 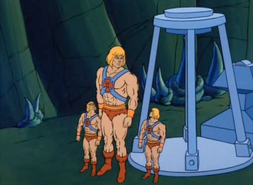 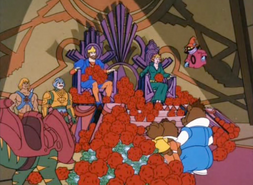 Retrieved from "https://he-man.fandom.com/wiki/Here,_There,_Skeletors_Everywhere?oldid=31200"
Community content is available under CC-BY-SA unless otherwise noted.