"Beauty and the Beast"

Orko's Return is the 118th episode of He-Man and the Masters of the Universe.

(Ink & Paint DVD booklet description: Beast Man and Trap Jaw, acting independently from Skeletor, use some stolen magical seeds alongside the Amber Crystal of Millarca to grow a huge impenetrable fortress. From their new base of operations the villains use the crystal to magically steal Orko away from the Royal Palace, and demand Eternia's entire supply of Photanium, in exchange for Orko's release. What appears to be a straightforward rescue mission turns out to be a lot harder than first thought when He-Man and Man-At-Arms bid a hasty retreat from the awesome power of the fortress!)

Orko: "Hi kids, I wanted to talk to you for a moment about today's show. You saw me playing tricks on my enemies, all sorts of tricks. And it was pretty funny. But sometimes people try to play tricks on each other for fun. Well, it isn't! Lots of times a trick can scare your friends, or even hurt them. So , play it safe and leave the tricks to the pros, like me!" 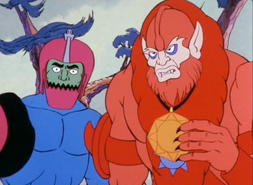 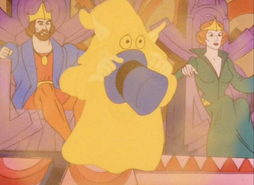 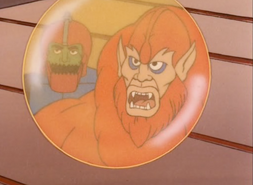 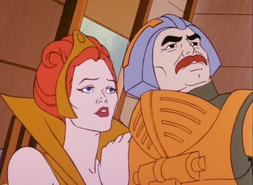 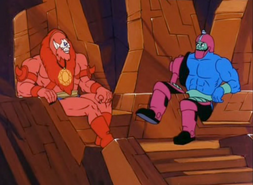 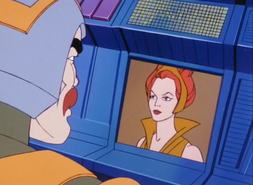 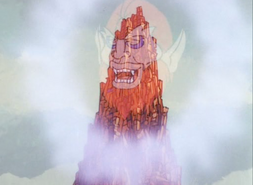 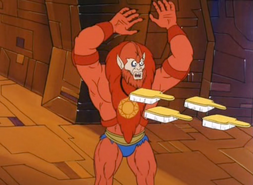 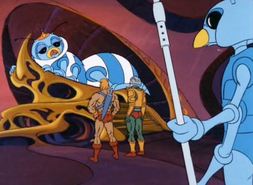 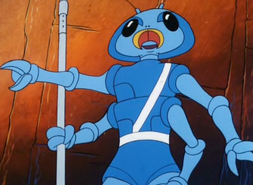 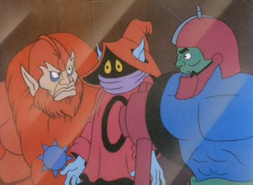 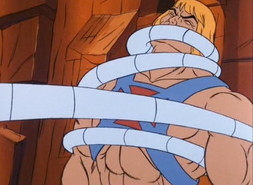 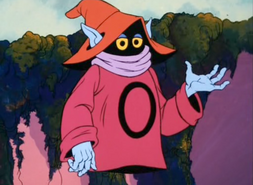 Retrieved from "https://he-man.fandom.com/wiki/Orko%27s_Return?oldid=31236"
Community content is available under CC-BY-SA unless otherwise noted.