Wiki Grayskull
Register
Don't have an account?
Sign In
Advertisement
in: Episodes, He-Man and the Masters of the Universe (1983 TV series) episodes

"To Save the Creatures"

The Cold Zone is the 130th and final episode of He-Man and the Masters of the Universe. Kobra Khan asks He-Man for help in restoring the Eternal Flame of his people, the Reptons. The heroic warriors agree to a truce, but find themselves betrayed as soon as they enter the cold zone.

At the Royal Palace, Prince Adam, Cringer, Man-At-Arms and Orko are surprised when Kobra Khan appears, emerging from the landshark and requesting their aid. He explains that his people, the Reptons, are in great danger due to the eternal flame that keep their civilization warm mysteriously went out. If the flame is not reignited, the Reptons will succumb to permanent hibernation.

The heroes agreed to help, and after Prince Adam and Cringer have transformed into He-Man and Battle Cat, they follow Kobra Khan to the Repton's lair. On the way, they encounter a Korlock; He-man defeats the creature, and much to everyone surprise, Kobra Khan save's Man-At-Arms life.

Entering the Repton's lair, the hero's noticed that Kobra Khan, who was supposed to lead them to the eternal flame chamber, has vanished. Though his voice calls out in a distance, guiding them. The hero's locate the room. As they muse as to how to restore the eternal flame, the Reptons appear and arrest the hero's, blaming them for the lost of the flame. The hero's are presented to King Pythos, the wise ruler of the Repton. They are accused of putting out the flame due to the eyewitness testimony of Kobra Khan. The villain goads the king into giving his crown to whoever restores the eternal flames and finds out who put it out in the first place.

However, the villain's scheme backfired when he realizes that the ice crystal he used to smother the flame has put it out permanently. Resident court jester Scales free's He-Man and his friends and lead them back to the Eternal Flame. He-Man uses a large stalactite to drill down to a layer of molten rock, which restores the eternal flame. The Reptans finally discovered Kobra Khan treachery.

Man-At-Arms: "Today we learned the importance of making the right decisions. When Kobra Khan lied about He-Man, King Pythos believed him at first because Kobra Khan was one of his people. But later, he learned that trusting Kobra Khan was a big mistake. So when you have to make a decision about something, don't just jump at the first, or the easiest, answer. Think it through. Look at both sides and then decide. That way, whatever decisions you make will have a better chanse of being the correct ones. See you next time." 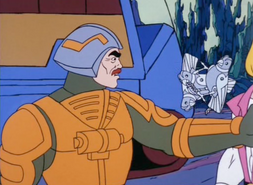 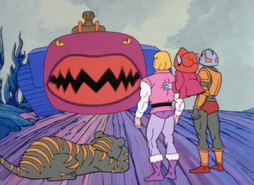 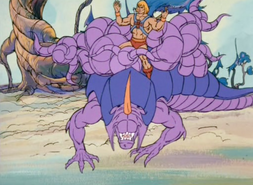 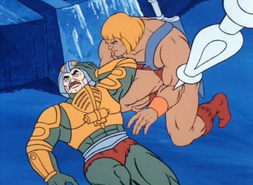 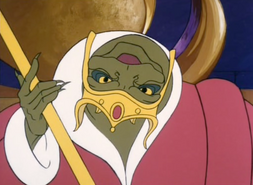 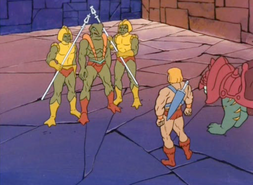 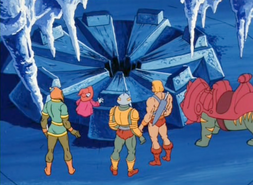 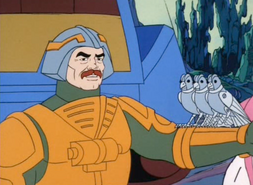 Previous:
Next:
To Save the Creatures
N/A
Based on:
Production Order
Community content is available under CC-BY-SA unless otherwise noted.
Advertisement