The Good Shall Survive

"The Secret of Grayskull"

The Good Shall Survive is the 103rd episode of He-Man and the Masters of the Universe. The last of the ancient Tycons are reawakened and eat all of the Bee People's honey, and Skeletor tries to lead them into creating a famine across all of Eternia.

He-Man: "We learned to day that there are right ways and wrong ways of getting what you want. If someone has something you want, say a toy you'd like to play with or maybe some candy or cake, don't just take it. That's stealing and chances are you'll only bring out the anger in the other person. But if you ask rather than take, or if it's yours, offer to share. You'll get back more than you give, like maybe even a new friend. Right, Orko?" (Orko waggles his ears) "See you next time." 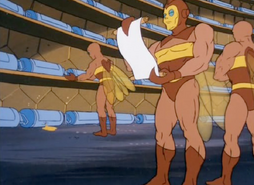 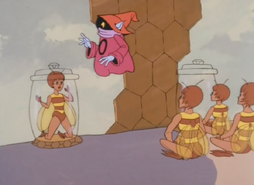 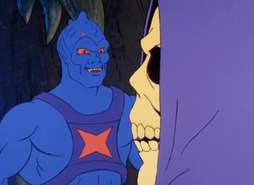 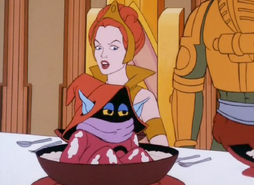 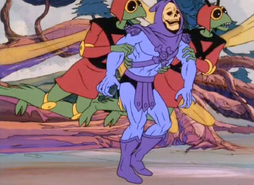 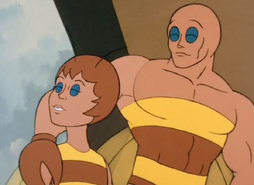 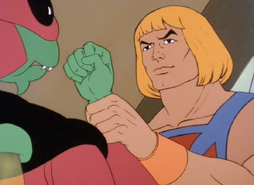 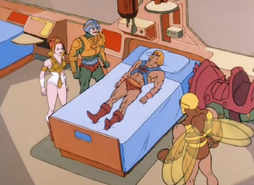 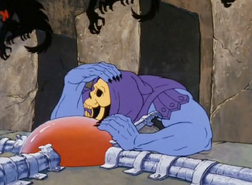 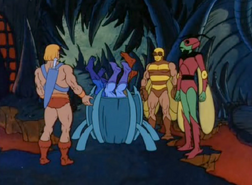 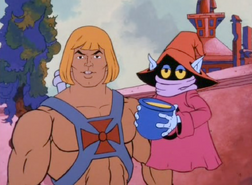 Retrieved from "https://he-man.fandom.com/wiki/The_Good_Shall_Survive?oldid=31002"
Community content is available under CC-BY-SA unless otherwise noted.