The Rainbow Warrior is the 85th episode of He-Man and the Masters of the Universe, written by Bob Forward and Leslie Wilson and directed by Gwen Wetzler. Skeletor hatches a plan to capture the kingdom's leaders so the Royal Palace will be helpless to resist him, but he severely underestimates Queen Marlena.

At Snake Mountain, Skeletor is frustrated with his failure to capture Castle Grayskull as well as the dimwittery of Beast Man and Trap-Jaw. He realizes he needs an army to beat He-Man, but all he has is a horde of robots to pilot his ships. Noticing that his henchmen are distracted watching the Royal Guard in a joust at the palace, Skeletor is inspired to attack the palace instead of Grayskull. Then he might enslave the Royal Guardsmen and put their training and skill to work on defeating He-Man.

At the joust, all of the guardsmen are playing tag aboard their Sky-Sleds, including their captain, Teela. She performs admirably, but loses the game when she's hit with stun beams from above. Frustrated by the loss, Teela complains to Prince Adam and Man-At-Arms. Queen Marlena, nostalgic from watching the joust, suggests an old Earth maneuver, the Immelman Turn, but Teela dismisses the advice.

Later, at the palace's museum, Randor finds Marlena visiting the Rainbow Explorer, the NASA spacecraft that Lieutenant Marlena Gleen had been piloting when she first crashed on Eternia. They recall how Randor discovered her at the crash site, and invited her to stay at his palace for few days; instead of trying to return home, Marlena fell in love with the king and chose to stay. Although Marlena loves Eternia, she sometimes misses the action of an astronaut's life. Randor, on the other hand, is grateful that things have been quiet lately, and invites the queen to a picnic on the beach. Marlena declines wishing to spend more time with her old ship.

As Randor, Adam, Teela, Man-At-Arms, and Orko head to the beach in a Wind Raider, Skeletor sees an opportunity to capture everyone that he believes capable of leading the Royal Guard in a single stroke. Without leadership, the Royal Guard will be helpless in a surprise attack on the palace. When he spoils the picnic aboard the Collector, the heroes run for cover but are easily captured with a freeze ray. Adam tries to become He-Man, but under the effects of the freeze ray he cannot so much as reach his Power Sword.

Later, as Marlena finishes reminiscing, a lieutenant in the Royal Guard relays a message from Skeletor demanding the palace's unconditional surrender. Scouts have already detected Skeletor mobilizing his fleet for an attack, and the lieutenant expects a difficult siege. However, Marlena is capable tactician, and reasons that their best chance is to mobilize their forces and take the fight to Skeletor before he reaches the palace. Knowing they will need every available ship and pilot, Marlena suits up and leads her fleet in the Rainbow Explorer.

Just outside Snake Mountain, Skeletor gloats to his captives while he organizes his fleet for the attack. He orders Beast Man to fly the Collector and use it to capture the guardsmen. Trap-Jaw is assigned to the Basher, from which he will control the robot troops. Skeletor intends to personally lead the armada in the Doom Buster. Before the invasion can begin, though, Marlena's fleet strafe the Evil Warriors. The Rainbow Explorer immediately targets Adam's shackles, freeing him. Randor and Orko quickly recognize the Rainbow Explorer, though Teela is more interested in its fancy flying.

Adam tries to help the others, but it's clear that the best thing for him to do is transform into He-Man and join the fight. He-Man commandeers the Basher and uses it to take out the Collector, leaving the Rainbow Explorer clear to finish off the robots. Furious, Skeletor tries to destroy the Rainbow, but its pilot evades with an Immelman turn and shoots him out of the sky. Cornered by He-Man, Skeletor makes a hasty escape, leaving Beast Man and Trap-Jaw at the mercy of the heroes.

When the Rainbow Explorer finally lands, Randor already knows who the pilot must be, but the others are stunned to learn that the queen has proven so formidable in combat.

The next day at the joust, Teela is getting the hang of the maneuvers she's learned from Marlena. Adam, however, is more conerned about his mother's reasons for freeing him, and him alone, back at Snake Mountain. Marlena coyly answers that she knew he'd be capable of helping. Before Adam can press the issue, the queen simply says that a mother always knows her own son, and that she has always been proud of Adam.

Teela: "Your Majesty, I want to thank you for coming to our rescue and for teaching me more about flying."
Queen Marlena: "You're most welcome, Teela. You'd be surprised at what we old-timers know. And we still remember what it's like to be young and think you've learned everything."
Teela: "Well, not everything! And speaking of learning, I was wondering if you would teach me to fly the Rainbow?"
Queen Marlena: "I'd be glad to, but only if you teach me to fly the Sky Sled."
Teela: "You've got a deal!"

As featured in BCI's He-Man and the Masters of the Universe: Season Two, Vol. 1 DVD boxset (Disc 3) 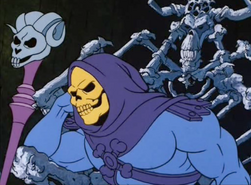 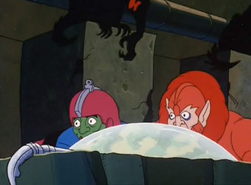 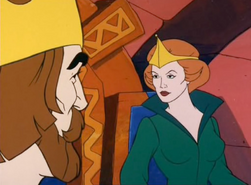 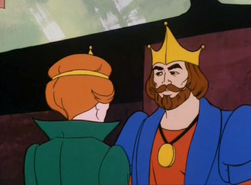 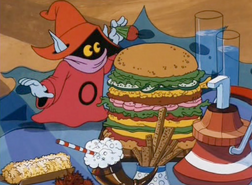 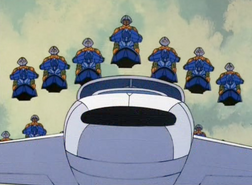 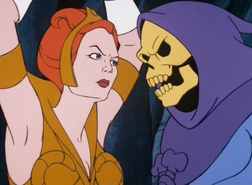 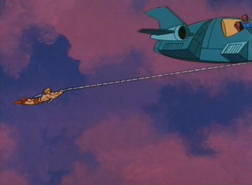 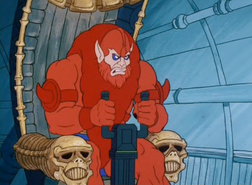 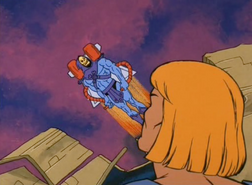 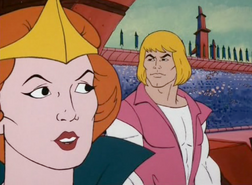 Retrieved from "https://he-man.fandom.com/wiki/The_Rainbow_Warrior?oldid=33701"
Community content is available under CC-BY-SA unless otherwise noted.