"The Curse of the Spellstone"

The Time Corridor is a first season episode of the animated television series He-Man and the Masters of the Universe, produced in 1983. Written by Larry DiTillio, directed by Lou Zukor.

Prince Adam, Cringer, Man-At-Arms and Orko are enjoying a picnic in the grounds outside the palace when Zoar summons them to Castle Grayskull. When they arrive, the Sorceress tells them that Skeletor has travelled into the past, and is working alongside the Ape Clan in a plot to destroy Castle Grayskull with an artifact called the Wheel of Infinity.

The heroes use the Sorceress' time portal to travel to Eternia's past, where they immediately meet and save Zilora, the leader of the Snake Clan, from a Dragosaur. With the gratitude of the Snake Clan, the heroes enlist their aid in storming Skeletor's fortress. The fighting is fierce, but during the battle Zilora is captured and taken to Dragosaur Isle. He-Man, Man-At-Arms, Orko and Battle Cat follow the captors to the island, and manage to save Zilora.

The Sorceress uses her powers to reach through time and appear to them in a vision; she urges them back to the fortress, where Skeletor starts the Wheel of Infinity spinning. He-Man grabs the wheel and spins it even faster, overloading the artifact. Fearing an imminent explosion. Skeletor makes his escape and He-Man hurls the Wheel into the reaches of space, where it explodes. After they have made their farewells to Zilora, the Sorceress summons He-Man and his friends back to the present, and thanks them for saving Castle Grayskull.

He-Man: As we've just seen, Skeletor went back into the past to make evil things happen. In reality, no one can go back into the past, that's only make-believe. But we can try to learn from the past, from things that have happened to us, and try to apply them toward being better people today. Remember, it's today that counts. So make it the best day possible. Until next time, this is He-Man wishing you good health, and good luck." 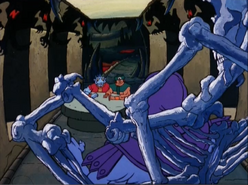 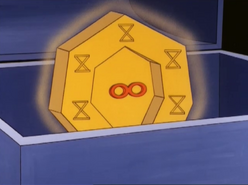 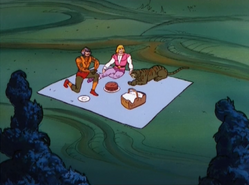 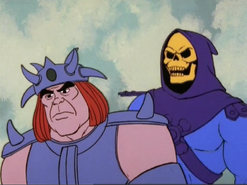 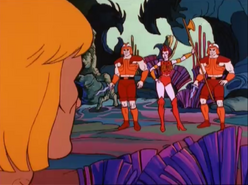 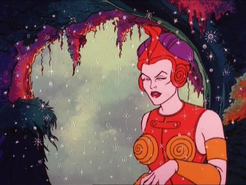 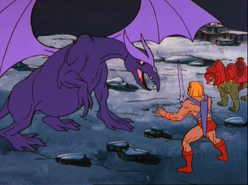 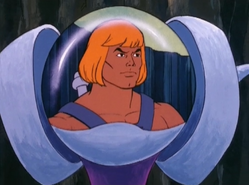 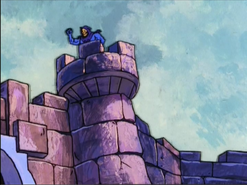 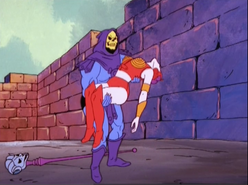 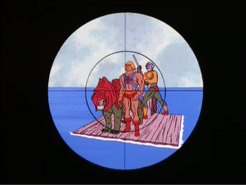 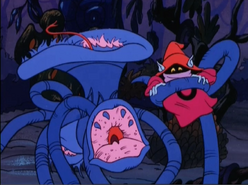 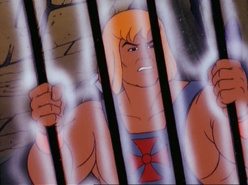 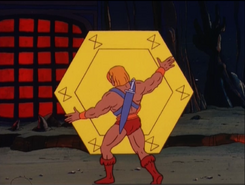 Retrieved from "https://he-man.fandom.com/wiki/The_Time_Corridor?oldid=33695"
Community content is available under CC-BY-SA unless otherwise noted.